Four great “off the beaten track” destinations in Costa Rica

Every country has its secret places that are yet to be discovered by the travel industry. These are destinations with fantastic hotels, and great activities that are on the back burner while the known places get long lines to get in, crowds and noise.

We will give you here a list of four places that we believe a most exclusive well-seasoned traveler should see that.

In the South Pacific of Costa Rica, what comes to everyone’s mind is Drake Bay. However, the gulf that is formed by the Osa peninsula itself is one of the most fantastic places in Costa Rica and a place that should be seen cared for and appreciated.

Golfo Dulce is known to be one of the very few tropical fiords in the World, meaning that in a tiny place the ocean gets to be deep enough as to be able to host many species (Most of them still unknown to humans).

A rather small gulf where you can appreciate the abundant dolphin schools following your boat, and where humpback whales and cubs are seen quite easily. But even beyond that beautiful richness, we find that the surrounding lands to the Gulf are part of the Piedras Blancas National Park, which is as well considered as part of the Corcovado rainforests.

This astonishing park has multitudes of animals that can be easily seen. Besides the four species of monkeys, you can hear and see the Great Scarlet macaws by flocks, several types of mammals that go from the cute agoutis and the curious coatimundis to the big Baird’s Tapir and the mysterious jaguars.

And all of this goes together with luxurious accommodations and gourmet style meals.

Call the Terranova Travel Consultants and get to the core of nature in an exclusively customized trip for you.

In the high mountains in the Southern area of Costa Rica, there is a vast, yet peaceful valley surrounded by blue mountains called “Valle del General” (The Valley of the General, named after the river that formed it and goes across it).

It is one of the few cities that are out of the center of the country and even though it is a prosperous community and an upbeat town, is yet to be discovered by the tourism industry.

In one of the mountains surrounding this azure valley is the Hacienda Altagracia. A breathtaking Auberge Resort that encompasses luxury, an almost tangible sense of tranquility, privacy, safety and the unique Costa Rican smiling friendliness.

This unique place deserves an extended and comfortable stay to enjoy all the activities that it has to offer entirely. From one of the most beautiful spas in the country to the tours to the heart of a raw Costa Rica that you can only touch with an insider.

Its gourmet-style restaurant deserves a post on itself as it has a most innovative cuisine mixing the international flavor with the freshness and naivete of the Costa Rican ingredients.

Contact our Travel Consultants about Hacienda Altagracia and what is your dream vacation, and we will undoubtedly design a trip that you won’t quickly forget.

Rainforest. A name that touches the hearts of many. They are the lungs of Mother Earth, but beyond, some of them hold a mystery that is hard to grasp. Even when you are walking through it, feeling it with every sense, the secrets seem to run away from you with a seductive smile.

The North part of Costa Rica holds one of these magical forests. The Rio Celeste is a captivating river that carries an enigmatic illusion to the sight of visitors. It looks turquoise.

The water is as pristine as it can be, yet, as you see it, it looks light blue. A volcanic chemical cocktail that works to give the whole forest the sensation of being charmed by a furtive fairy.

The hotels in the area are as enchanting as the forest around them. With gorgeous rooms and luxurious amenities, you will want to stay there for a lifetime.

Ask our Travel Consultants and live the wonder of Rio Celeste and Tenorio Volcano.

And of course, we had to have an active volcano in this post! With 112 volcanoes in the country, they are hard to miss. And why would you? They are like Earth dragons. Powerful, impressive, beautiful and mysterious.

Rincon de la Vieja will take you on a surreal trip through verdant and exuberant rainforests, with a waterfall and an abundance of wildlife.

In the middle of this green landscape, you will notice some fog… Not the usual fog, quite specifically located… It is a crack! In the middle of the rainforest! Steaming right in front of your eyes!  A reminder of what’s underneath your feet.

As you go on the trail, suddenly an opening an in the blink of an eye, you are in a savannah, filled with spiny trees and cacti. Several boiling ponds at your feet. The volcano summit in the distance, probably smiling at your surprise.

And then, unbelievably, the trail takes you back in the luscious forest.

This can go for hours! It is like the Rincon wanted to take it all and manage to accommodate a crazy diversity in one solid, impressive place.

The accommodations in the area are filled with great activities, spas and an unavoidable Hacienda feeling to them.

Ask our travel consultants about the options to experience the magnificent forests of the Rincon de la Vieja. 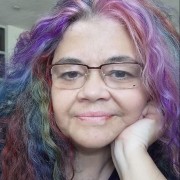